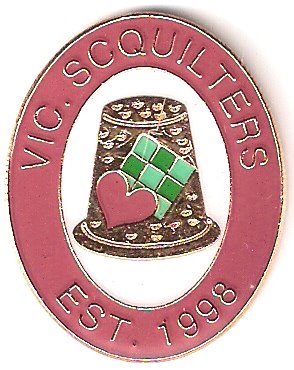 Well, what happened to March and April? You may well ask. I could say that one of our cats
ate my home work. I could say I was away in March, and I could mention that I forgot to bring camera, notebook etc. in April. I think I’ll go with the cat ate my home work! I am so sorry, as I have been told the show and tell in March was spectacular and I know it was in April. Actually, the truth is that both Ramona and myself have had a string tragedies amongst family and friends and really just weren’t up to it.
However May was a really great meeting as it was our Cuppa for Cancer meeting and we raised a record – almost $500. Lots of fun was had. Our raffle prizes, donated by the late, lovely Joan Winkler and given with so much love, were stupendous. You would know if I had remembered to take a photo of them, but I was too excited because I was one of the lucky winners!
So much was donated to the trading table that many decided to break their fabric buying abstinence